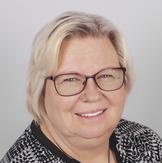 Director of Indigenous Relations  - Jaadaas Jagwaa is an Indigenous speaker, 200 hr RYT and award-winning artist descending from the Tsiits Gitanee Northern Eagle clan of Old Massett Village, Haida Gwaii, BC, Canada, sharing both Haida and Nisgaa descent she is Alberta raised and has called Airdrie home since 2001. Her warrior name is Longfeather, meaning the warrior with a long reach. She is the warrior for women and children and is locally involved with Truth and Reconciliation efforts. In addition to providing a space for Indigenous people to feel at home in the community. She is also a woman of technology, specializing in software and has a passion for keeping women and youth safe online. It brings Jaadaas incredible honour to use her Indigenous knowledge and her collective skills to assist women in connecting to their Indigenous roots in the local community and to have an Indigenous safety net available by serving with Airdrie P.O.W.E.R. 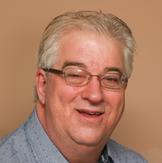 Shawna-Kay Thomas - Director: Shawna-Kay is a strategic and creative communications professional with close to 15 years of experience in journalism and communications. As a communications professional she operates from a global perspective creating awareness and telling the stories and truths of non-profits, governments and government agencies/departments, and private sector companies. If Shawna-Kay wasn’t working in public relations, she would probably be in academia or policy development working on gender and development – where a little piece of her heart still lives. This has fueled her interest in supporting Airdrie P.O.W.E.R. Shawna-Kay is from Jamaica and has been living in Canada since 2016. She enjoys spending time with her family, basking in the calmness of rivers, and taking long walks.

Crystal Boys - President: Crystal is President, Executive Director, and the Founder of Airdrie P.O.W.E.R. from its inception in 2015. Her passion, dedication, and experience in the realm of domestic violence has been the driving force and vision behind this organization. Crystal is a tireless advocate for women and has brought about her vision of a day shelter facility in Airdrie, where women are coming and receiving the supportive, non-judgmental, wraparound care that they need to truly live a life free of domestic violence.

Crystal's vision of a safer, healthier community does not stop with Airdrie. Her vision has expanded to include rural areas and to bring the concept of the day shelter, and the ideas of a new approach to domestic violence, to the rest of the province, country, and hopefully, the world. She is committed to making a difference, empowering her team, and creating a safer future for women everywhere. 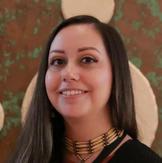 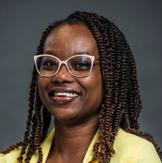 Tim Callaway - Director: Tim joined the board in 2019 and brings us extensive experience in non-profit work, several social justice issues, and research regarding sexual abuse and its effects on individuals, families and the community. Over his pastoral career in four Alberta churches, Tim has worked with a variety of social initiatives such as the John Howard Society, Odyssey House Safe-Home, The Mustard Seed and MK Safety Net. He is a graduate of Prairie College, Providence College, University of Waterloo, Trinity Divinity School, and the University of South Africa.
A former journalist in both mainstream and religious media, Tim is the author of three books and brings his knowledge of passion for social justice to his role at Airdrie P.O.W.E.R. He is a valuable asset to our board. 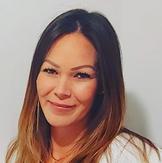 Shauna D'Onofrio: Director - My family and I live in Airdrie and I practice Family and Criminal Law in Calgary and Central Alberta. Before becoming a lawyer I worked for several years as an Assessor for Child and Family Services, specializing in matters of domestic and family violence.  I now see the effects of domestic violence daily as a family and criminal lawyer.​ Raising awareness about domestic violence and the effect it has on children is something that I am passionate about.  I look forward to continuing to work with the other P.O.W.E.R board members to raise awareness about domestic violence in our community and establish a response through the implementation of a Women's Shelter in Airdrie. 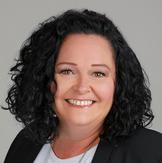 Tanya Chaine - Director: Tanya Chaine has a Master of Arts in leadership from Royal Roads University. Her masters’ research was named Rethinking Domestic Violence Services. Tanya has spent her career in aviation and breaking barriers for women. Along with the entire team at Airdrie P.O.W.E.R. she hopes to build innovative and inclusive community supports.

Beverley Norman - Treasurer: Beverley Norman comes to the Board with a history of social activism. Beverley worked for the Canadian Union of Public Employees for 27 years, working with a variety of public service organizations.  Beverley has lived in Airdrie since 2004. Since 2017, she has been involved with the Kin Club of Airdrie and previously on the Board of Airdrie Meals on Wheels.  Beverley has watched Airdrie POWER grow to the day service it currently has and she is excited to be a part of the continued growth of the organization.

Melanie Wagemakers - Secretary: Melanie came to Airdrie P.O.W.E.R. in August of 2021 as a practicum student through her program as a Community Service Worker with a specialty in addictions. She enjoyed her time at P.O.W.E.R. and decided to continue being a part of what we do here. Airdrie P.O.W.E.R. is excited to welcome Melanie to the board as our new secretary as of November 2021. We are looking forward to continue working with Melanie and know she will bring a lot to our board! 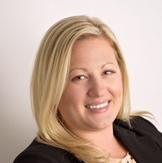 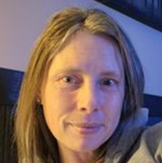